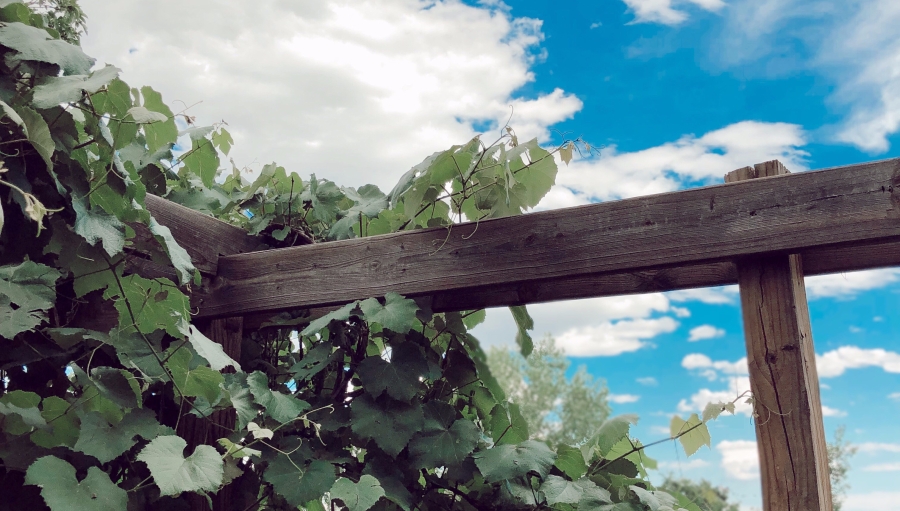 In January of 2018, I wrote the post: Past: The Year(s) of Growth, and today, I’m reflecting on that post by turning it into a two-part series. To narrow it down, here were my top 10 personal goals:

I wrote those when I was 21-years-old and now I’m 23 and I can confidently say that I’ve almost achieved all of these.

To achieve this goal, I unfollowed a lot of models and influencers on Instagram. By doing so, it made it so much easier to love who I am and how I look – even with the extra pounds and my body dysmorphia. Some days I’ll admit that it’s hard, and I’ll admit that it’s nearly impossible to stay confident 100% of the time, but I have been trying. In 2018, I dyed my hair black, but this year I made the leap and went blonde. It’s amazing what a few bottles of bleach and a couple hundred dollars can do to your confidence. I’m not even 100% blonde, but you can clearly see how much I’ve progressed in my selfies/portraits on Instagram.

This one, now this is a tricky one. In 2018, my bad happens consisted of primarily of dermatillomania, or skin-picking (see my personal experience here: Living With Dermatillomania (1/2). It prevented me from wearing tank tops and it prevented me from cutting my nails or leaving my house without makeup. Today, I wear tank tops when I want to, I leave my house without makeup on all the time, and I’m much happier this way. I still have the random urge to pick, but I’ve found that witch hazel and a consistent skin care routine works wonders. It might take 21 days to break a habit, but it’ll always stay in the back of my mind.

Another more serious bad habit of mine is being emotionally detached. This is from conditioning from when I was younger and I’ll definitely dive into this at a later date, but I’ve been working on it. I might not be an empath, but I’ve gotten better at listening and showing more sympathy. I still tell the truth and I can still be blunt, but I’m trying. Before, I would just blow off people and ignore their problems, but now I’m an open book with an advice blog open to anyone who needs/wants advice.

Back in the day, I really couldn’t fathom leaving home alone. I really just couldn’t grasp the idea that I could be independent and that I could go and do things by myself, but now I’ve realized I got this. I totally, and completely got this. I might carry self-defense with me and smoke the occasional cigarette, but I’ve gotten a lot better at leaving and taking myself on dates.

I might not be the perfect image of health but my husband and I have reduced the amount of times we’ve been going out to eat. We eat a lot of rice and meat, and we’ve been eating more oatmeal and lean protein rather than the usual bacon and greasy foods. I’ll admit, this morning I ate chorizo – which isn’t exactly the leanest meat, but we have been getting better. We’ve come a long way since frozen meals, microwave popcorn, and a ton of chocolate, so we might not be perfect, but we’re getting there.

Surprisingly, this one isn’t tricky, but I’m listening to music at the same rate as I did last year. I blast music in my car and listen to music towards the end of the year. I still love dancing, and I’ve stopped associating bad things with my favorite songs. Music is music, and I’m glad that I’m still listening to it the way I always have because those short drives in the car, the mini dance-a-thons in my room, and all the crazy stares I get from my animals are totally worth the random urges I get to listen to music.

This year, I’ve actually read less than last year. I set my goal at 50 book a year, but I’ve reduced it down to maybe 15-20. I just haven’t had the time to set aside for one of my favorite pastimes. I still carry books with me and I sat in my hammock all summer reading. I was cranking out book after book after book within a matter of 2 weeks, but when school started something just hit me. I just stopped and it’s frustrating, but I’ll figure it out. Life is just a little hard right now so I have to figure out a decent schedule and I’ll get back at it.

Produce more art, whether it’s paint on a canvas or a new blog post — writing is an art too

In the past almost two years, I’ve achieved this goal as well. I’ve opened two new blogs that are separate from my main one, and I’ve started painting quite a bit. I was also commissioned to make a logo for one of my fave candlemakers on Instagram. It was so nice being able to sell my craft and to make somebody happy doing so.

My latest thing to do now though is oil paintings. It takes up a little bit of my time in between schoolwork and everything else so it’s not time-consuming, but at the end of the painting I feel so amazed at the fact that my hands were able to do what they did. I’ve never used oils before, and I’m not perfect by any means, but I love what I’ve been doing and I’ve felt so much more like myself than I have in a really long time.

On top of that, I’ve been refurbishing things I’ve found on the Facebook marketplace. I’ve redone a little locker to hold bookmarks. I’ve redone a vintage trunk to hold my puzzles, and I’ve redone a three-tier rolling cart from Target to hold my art supplies. Next is my grandmas rocking chair and my roll-top desk. I think after doing all of this, and the oil paintings, I’ve discovered a little more about myself that I didn’t even know I had.

This one was such a huge deal for me in 2018, and in the fall of 2018 – I DID IT. I got all A’s and got a 3.97 GPA during the fall semester and made the Dean’s list for the first time in my life. At the time, I was also taking four English classes and I aced them – I freaking ACED them. It was such an amazing feeling.

Honestly, out of all ten, this has to be one of the hardest – maybe in the top 3. To this day, I still feel like I’m being taken advantage of at times, but I’ve been dealing with it a little better. I’ve actually been talking to the people around me, but there are still times that I just let anger get ahead of me instead of actually communicating. Frankly, my whole family is working on improving their communication and it’s hard, but we’re all working on it.

I really have no idea why I even made this resolution, at the time I might’ve been feeling attacked in some way, but now I don’t really receive many insults. I don’t mean to come off some kind of way, but I know that when my family insults me, I defend myself if they’re serious. If someone’s teasing me, then I tease back. If there’s an issue on social media, I block them from being a part of my life – that’s been my new thing. I took the Marie Kondo take on life when it comes to people around me, but I’ll discuss that much, much later.

Overall, nobody’s perfect. Did I achieve most of my goals within a year-and-a-half? Yes, yes I did. But do I have to keep working towards them to keep them all achieved? Also yes. All of my goals are still here to stay, just because I met most of them doesn’t mean they just go away, which is why I think yearly resolutions are irrelevant. You shouldn’t make resolutions for the year, you should make lifelong resolutions and keep them realistic. Sure, you can make it a goal to get a new house or a new car or graduate by the end of the year, but make sure they’re achievable and make sure they live up to your personal expectations.

Do whatever makes you happy.

A year goes by a lot quicker than we think they do, so just stick to what you know and focus on you.